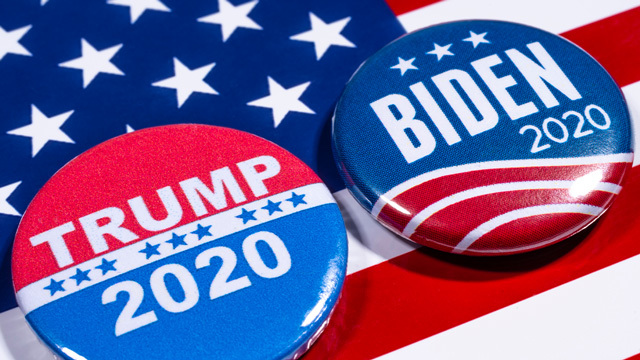 Based on a survey of Texas Oil and Gas Association members, electing Democrat Joe Biden to the presidency this November would threaten their companies’ economic well-being.

Based on a survey of Texas Oil and Gas Association (TXOGA) members, electing Democrat Joe Biden to the presidency this November would threaten their companies’ economic well-being.

A newly released survey of TXOGA members finds that 76 percent of the oil and gas executives revealed they have a “great deal” or “good deal” of concern about their companies’ future economic growth prospects should former Vice President Biden win the White House, according to the University of Houston (UH). Moreover, UH noted that 75 percent of those surveyed expressed the same levels of concern about a continued glut of oil and gas and 73 percent about ongoing weak demand.

In contrast, UH stated that just 11 percent of those surveyed would see President Donald Trump’s re-election as a threat to their business.

UH’s Hobby School of Public Affairs conducted the survey of TXOGA members last month, during a period when oil prices ranged from $26 to $37 per barrel. Association members surveyed see a potential Biden victory as tantamount to an ongoing oversupply situation and weakened demand for oil and gas, UH noted in a written statement emailed to Rigzone.

“Efforts to slow the spread of the (COVID-19) virus caused a dramatic drop in demand for oil and gas, and demand remains lower even as Texas and the rest of the U.S. begin to reopen,” remarked former Texas state Sen. Kirk Watson, the Hobby School’s founding dean and a Democrat who represented an Austin-area district from 2007 to 2020. “But energy executives are concerned about issues beyond supply and demand.”

UH also stated that TXOGA members foresee an oil price rebound: a median price between $40 and $49 per barrel for West Texas Intermediate (WTI) by May 2021 and a median Brent price between $50 and $59 by then.

According to UH, other findings from the TXOGA member survey include:

“Both Houston and the state have worked to diversity their economies, but oil and gas still has a major impact on almost all aspects of the economy, from employment to charitable giving,” commented political scientist Pablo M. Pinto, director of the Hobby School’s Center for Public Policy. “What happens within the industry has major implications for the entire state.”

Even though fewer than 20 percent of respondents indicated their companies had implemented furloughs or layoffs, more than 75 percent noted their firms had cut philanthropy or other types of community outreach, observed Mark P. Jones, a Rice University political science professor who also serves as a Hobby School research associate.

“And while as a group they are optimistic about the future, it is clear that they are also concerned about the presidential election and the continued imbalance between supply and demand,” Jones added.

Renee Cross, senior director at the Hobby School, pointed out that TXOGA members also signaled support for potential policy actions from the state and the Texas Railroad Commission, which regulates oil and gas production.

“Almost nine out of 10 people said property tax relief would help their companies survive and thrive in these difficult times,” Cross noted. “And nearly two-thirds said that extending existing Railroad Commission waivers would help to weather the COVID-19 and oil price crises.”

A UH spokesperson told Rigzone that 48 respondents agreed to take the anonymous survey. Forty-eight percent of survey participants work in the upstream sector and 20 percent work in the services sector, with another 10 percent reporting that they work in both upstream and services. Of the remaining 22 percent of respondents, 10 percent represented midstream firms, eight percent work in both the midstream and downstream and four percent placed themselves in the downstream category.

Full results from the TXOGA member survey are posted to the UH Hobby School website.