There’s a new must-see event on the fashion calendar.

Earlier this month, the fashion elite gathered in Dubai for the first-ever Pret-A-Cover, a glamorous event during which designers from around the world showed off collections specifically targeted at Muslim women.

On the surface, it looked like any other fashion week. The runways lit up for models dressed in embroidered dresses, colorful chinoiserie prints, and flowing evening gowns. But upon closer inspection, the looks were less form-fitting than the ones you might find on the catwalks of New York or Milan. Most of the models sported some sort of head covering, although some did not. 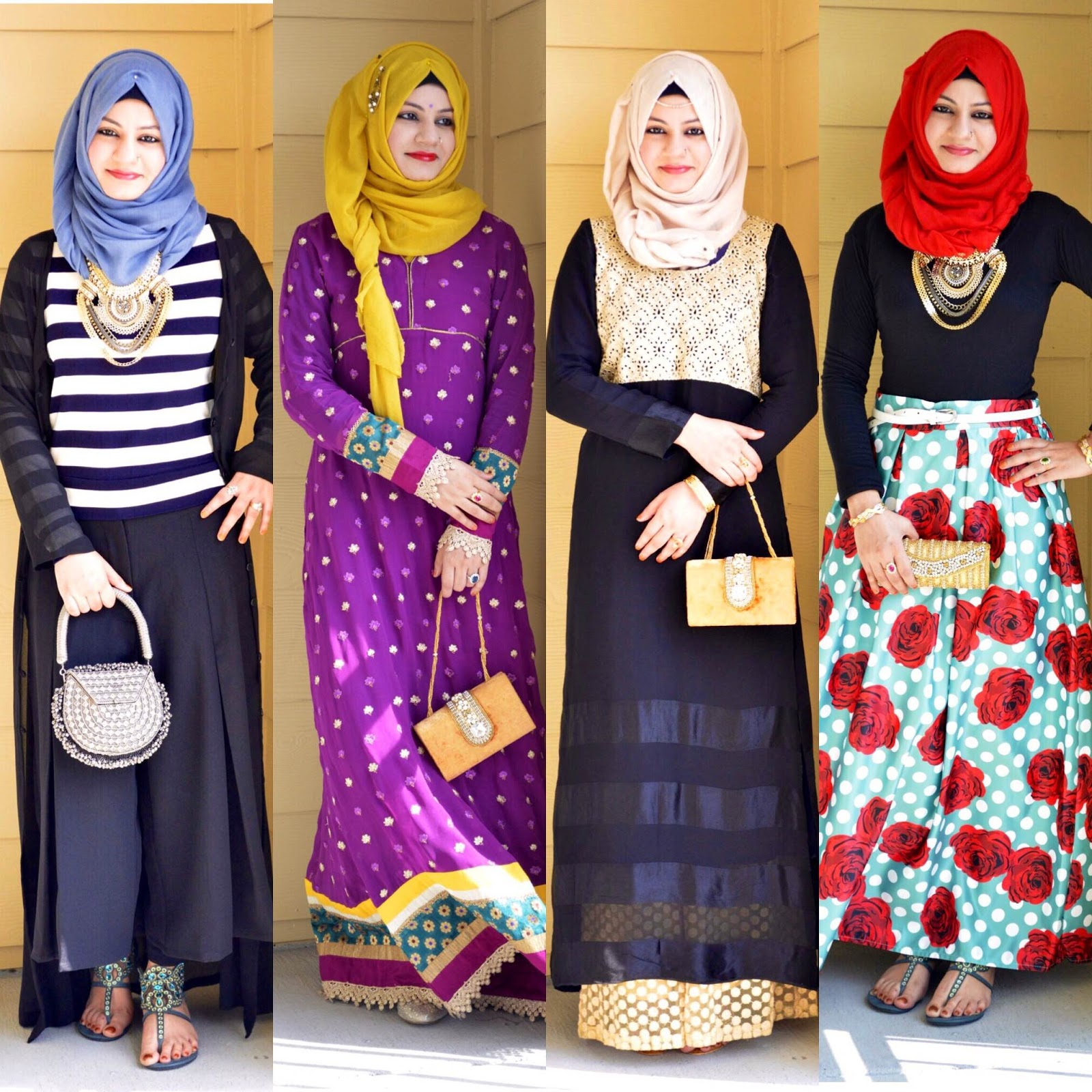 Pret-A-Cover was organized by the Islamic Fashion And Design Council (IFDC), a five-year-old organization founded by New York-based Alia Khan. The Council has offices around the world–from Russia to Turkey to Canada–and helps support a fashion industry that has risen to serve the Muslim market, which is currently driving a $254 billion industry worldwide.

“When we launched, there was really nothing to support the industry,” she says. “It was a fragmented space. I found this surprising because it’s been the strongest, most in-demand category of fashion since Adam and Eve,” Khan claims.

Pret-A-Cover was specifically geared toward drawing attention to emerging designers from around the world who are putting their own spin on modest dressing. After the brands flaunted their latest collections on the runway, they could enter a marketplace where corporate buyers from places like Harvey Nichols and The Modist (a luxury e-commerce site focused on modest fashion) might order merchandise for their stores.

The event made it clear that Muslim clothing features a lot of diversity and color. Around the world, Muslim women adhere to different cultural norms when it comes to modesty. In places like Saudi Arabia, women are fully veiled. In Indonesia, there’s more variety; women choose different degrees of covering, and some skip it altogether, though still opting for looser-fitting body garments. 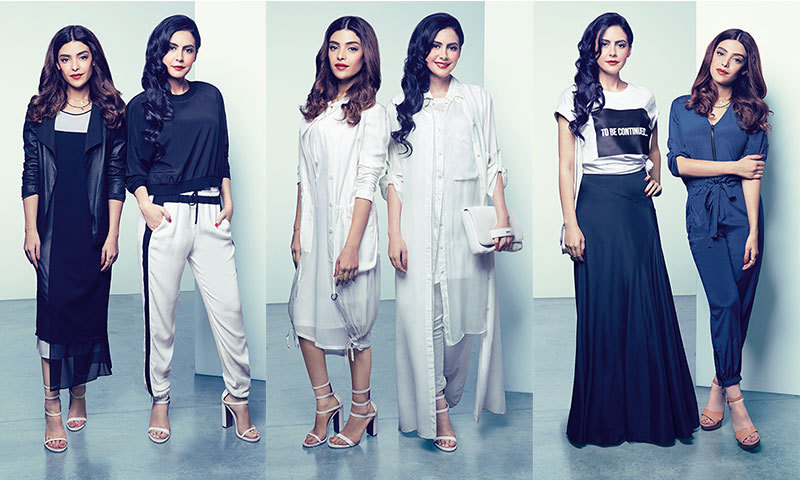 Over the last few years, major fashion brands have been trying to tap into the lucrative market by creating Muslim-focused lines, often timed to come out in time for Ramadan, an important holiday in the Islamic tradition. Burberry, Dolce & Gabbana, DKNY, and Mango have all released modest collections, and Macy’s announced in February that it will soon sell products just for Muslim women.

While IFDC’s Khan favors offering Muslim women more fashion options, in her focus groups she found that most of the target audience was not thrilled with what these big-name brands were putting out.

Often, these Muslim-specific lines were not as fashion forward as the lines those high-end brands offered non-Muslim customers. The clothing was often less colorful and interesting. Dolce & Gabbana’s collection, for instance, centered around the “abaya,” a cloak-like outer layer favored by many Muslim women. All the pieces were black and white and almost identical in silhouette.

When these collections came out, Muslim fashion observers were not impressed. Dolce & Gabbana, Aaleen Zulquarnain wrote in HuffPo, “is repeatedly being hailed as ‘progressive’ and their announcement is supposedly an exciting development in the fashion realm, but for some Muslim women, there is nothing exceptional or remotely noteworthy about this line at all.” In the Guardian, Requais Haris wrote: “This range rather looks like an appropriation of existing traditions without giving them any real recognition.”

This supports what Khan has found in her own research on Muslim women. “Brands have tended to miss the mark,” Khan says. “They don’t understand that this audience is just as stylish and demanding of their fashion wardrobes as anybody else. What these women really want is the same miniskirt they saw on the runway, but slightly looser and longer.”

To Khan, the big brands’ approach to Islamic fashion is symptomatic of a deeper lack of understanding about what makes Muslim women tick.

“These brands prove to their audience that they haven’t done their due diligence,” Khan says. “In some cases, it was a bit offensive because we had feedback like, ‘I feel like they want me to wear my grandmother’s tablecloth because they’ve kind of pigeon-holed me into a certain image that they have of me that is absolutely not true.’”

Khan feels many of the emerging designers who showed at Pret-A-Cover are more in tune with their target audience than fashion bigwigs like Burberry and DKNY. Designers like Blue Meets Blue’s Shahd Alasaly, for instance, are Muslim women themselves. Since Alasaly is based in Chicago, her tastes are also inflected with American culture and fashion.

“I love the fact that there are so many more choices now,” says Khan. “Shahd, for instance, sees the abaya as just another piece of outerwear, not something uniquely Muslim. And she puts her own Chicago spin on it.”

BlueMeetsBlue’s aesthetic lies at the intersection of luxury and modesty. Like other makers of high-end evening wear, a dress can cost as much as $1,250. But unlike competing brands, Alasaly’s designs are looser-fitting and provide more coverage. Since she launched three years ago, she’s been selling her clothes at trunk shows and pop-ups, as well as through her website.

While there are women of all backgrounds who favor more modest looks–orthodox Jewish women, for example–many of Alasaly’s clients are Muslim.

Another big thing that sets Alasaly’s brand apart is her social mission: All her clothes are made by recent refugees to the U.S., many of whom hail from predominantly Muslim countries.

Khan is encouraged by the talented batch of Muslim designers she is helping to promote. She wants to give Muslim women as many fashion options as possible, since they are currently profoundly underserved.Indeed, Khan hopes that these new designers help more famous Western designers better understand how to cater to the Muslim market.

“There is a learning curve,” Khan says. “It’s not even a difficult learning curve, but I feel some some brands just didn’t bother to go through that process,” she emphasizes.

Ultimately, it’s in the interest of fashion brands to make clothes that Muslim women want to buy. By 2030, Pew estimates that Muslims will make up more than a quarter of the world’s population. If you calculate the combined spending power of the global Muslim population today, it would be equal to the economy of the third-largest country in the world, after the U.S. and China.

Khan points out that Muslim women have some consistent needs that are relatively easy to accommodate and aren’t likely to evolve dramatically in the future. If a brand learns how to get modest fashion right, the long-term payoff could be enormous.

“Businesses have a lot to gain,” Khan says. “Modesty is not a passing fancy for these women; it’s not going to be ‘in’ this year and ‘out’ the next. And there’s real spending power behind it.”