Platinum mines in SA — the world’s top producer — are shrinking

“Ramaphoria” boosted the rand and revived investor sentiment towards SA. But deep underground in the country’s platinum mines, there is very little cause for optimism.

Producers in SA (which accounts for about 70% of the world’s mined platinum) are closing shafts and cutting thousands of jobs as a stronger rand combines with stagnating prices for the metal in squeezing profit margins.

The future looks equally bleak, as reduced demand for diesel engines and the rise of electric cars threatens to erode the need for the metal used to cut pollution.

“The industry is going to shrink in size until there is a new source of demand,” said Natixis senior commodities analyst Bernard Dahdah. “We are likely to see more operations close.” 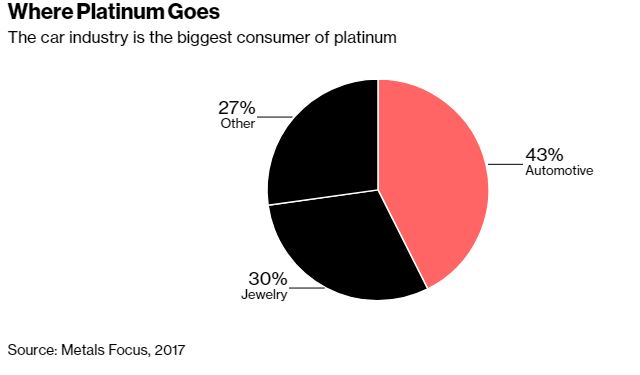 Further losses in the platinum sector, a top export earner, will add to pressure on President Cyril Ramaphosa as he seeks to boost an economy that’s currently projected to grow just 1.5% in 2018 and drive down a 27% unemployment rate. The domestic platinum industry generated about $8bn in sales in 2017 and employed more than 175,000 people, according to the Chamber of Mines, which represents most mining companies.

Across the industry, the cuts are piling up. Impala Platinum shut a shaft at its Rustenburg operation in January, flagged three more to be closed once mined out and fired 1,400 workers. The miner has closed 10 shafts since 2013. Rival Lonmin burnt through a third of its cash last quarter and could cut more than 12,000 jobs over three years, while top producer Anglo American Platinum has a spending freeze in place on major new developments.

A lot of the industry’s most immediate problems are linked to the rand, which has strengthened about 15% against the dollar in the past six months. The rand rose 1.1% on Monday morning, after Moody’s Investors Service left the country’s credit rating at investment grade and lifted the outlook to stable.

That’s bad for platinum miners, which get paid in dollars, but pay most of their costs in rand. In rand terms, platinum is down more than 15% since mid-November. 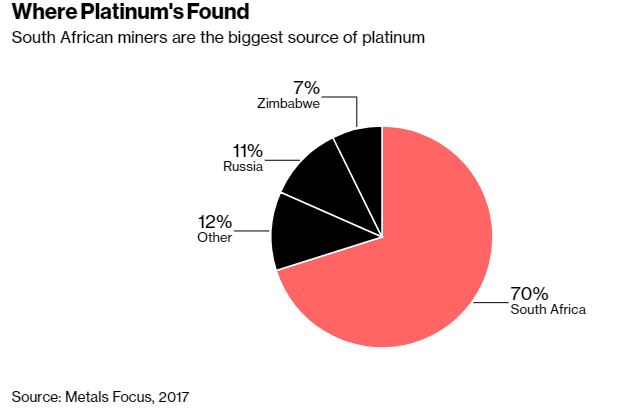 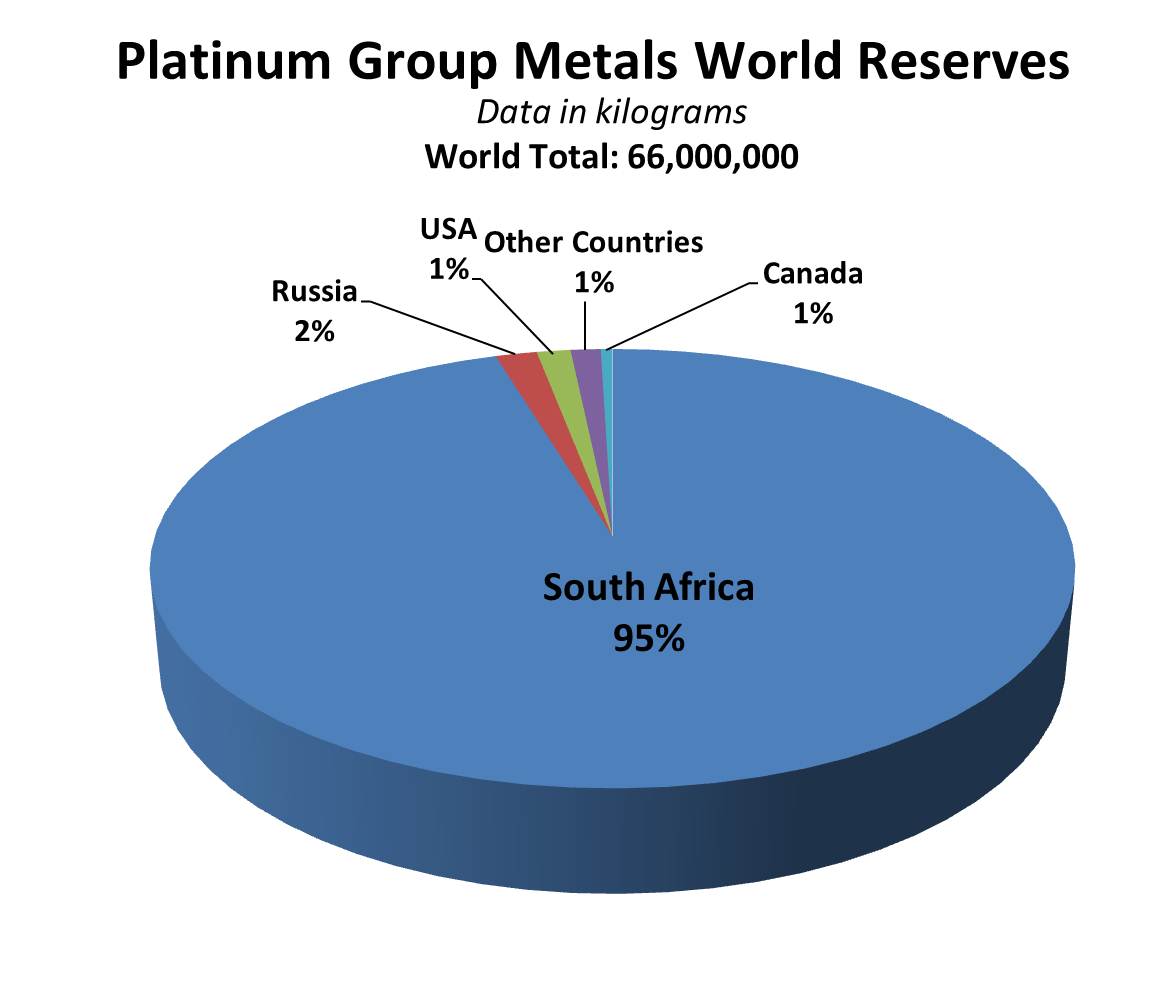 “As platinum is SA’s biggest export item, any losses in the sector will weigh on the trade balance,” he said.

The new president needs an urgent plan to create jobs for the thousands of workers affected, said Ross Harvey, an analyst at South African Institute of International Affairs.

“Ultimately, he isn’t responsible for the way markets behave, but he needs a good strategy to create new jobs in the platinum belt.” While the rand has made things worse, the industry also faces more fundamental challenges. Prices are about 60% below record highs set a decade ago, and have bobbed along in a narrow range for the last two years.

Part of the problem is that there’s more than a year’s supply of metal stockpiled above ground, according to Metals Focus. And while the world produced 8-million ounces of the metal in 2017, it consumed only 7.7-million ounces. 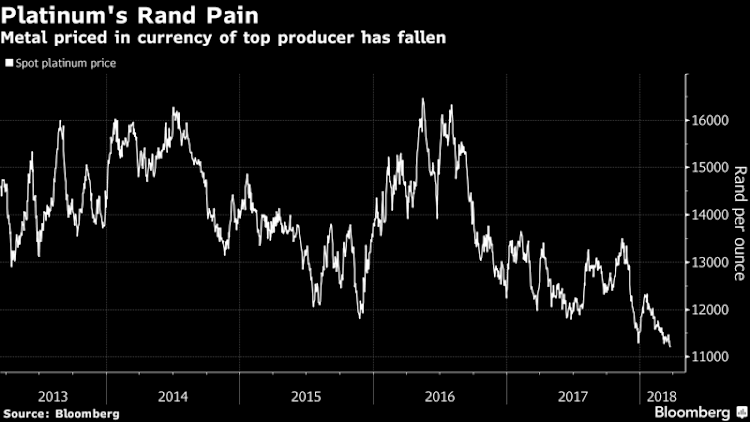 The market balance may improve this year, as the South African cuts take effect. The World Platinum Investment Council, an industry lobby group funded by the miners, forecasts flat demand in 2018, after a 7% decline in 2017 year, while mine supply is forecast to decline 4% in 2018.

“The problem has been available inventory,” Peter Mallin-Jones, a London-based analyst at Peel Hunt said by phone. “As soon as inventory starts moving down prices are likely to move up.” Lower prices could also have a silver lining, by making the metal more attractive for use in other applications, according to the WPIC. There’s some anecdotal evidence of US car makers testing the metal in cars that run on gasoline.

In the longer term, demand for platinum is likely to dwindle as consumers shift to electric vehicles. That could lead to a further $600/oz drop by 2040, according to ABN Amro Bank. Spot platinum traded at $949.18/oz at 8.21 am in London.

“This is bad news for the platinum miners,” Georgette Boele, a commodity and currency strategist at the bank said by email. “If developments are rapid, the drop in demand and in the platinum price will likely come sooner and it will be a challenge for miners to respond.”