Why Are Chinese Spending $40bn in Buying Foreign Homes?

For Chinese citizens, it is theoretically illegal for them to move money out of the country to buy property. However, judging from the crowds at the Luxury Property Showcase, an international property fair that tours Chinese cities, you would hardly know.

More than 12,000 buyers flocked to the latest event in Shanghai in December, while last year’s fair in Beijing was held at a five-star hotel in the city’s central business district. The event was filled with agents touting apartments at the Battersea Power Station development in London, student residences in Manchester and investor visas for places including the US, UK and Greece. 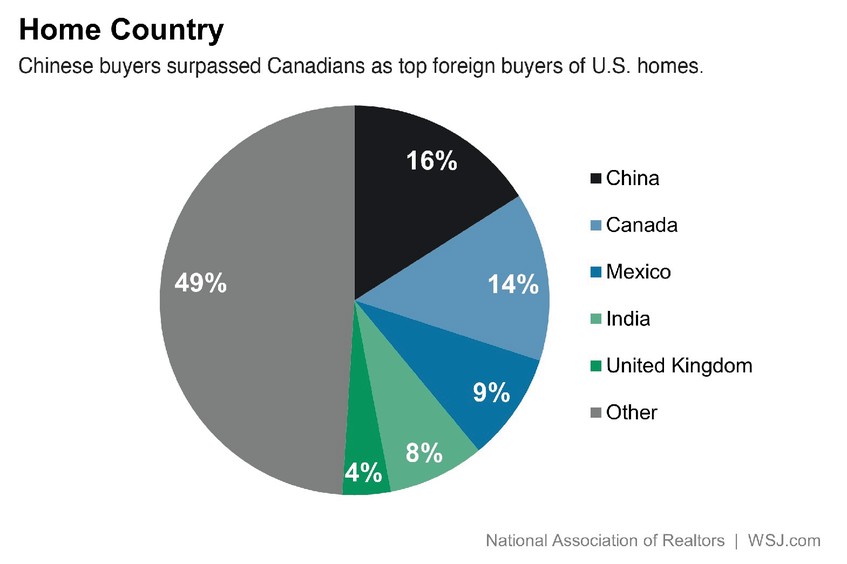 Some buyers were on their second purchase and had brought along friends, relatives or business partners for the first time.

The Beijing fair has doubled in size in the past three years, according to its founder Olivier de Treglode — yet during that period China has made it harder to take money out of the country. “There is always a way of getting past a rule in China,” says the manager of a Beijing property investment company looking to buy in the US. The country introduced tighter capital controls in late 2016 in an attempt to halt the depreciation of the renminbi.

For the past year banks have made currency-exchange customers sign a pledge that they will use their money only for officially sanctioned purposes — buying property is ruled out. Yet Chinese households spent about $40bn on residential property overseas in 2017, according to Juwai.com, one of the country’s biggest international property platforms.

Despite that figure being 25 per cent lower than the year before, it still makes 2017 one of China’s top three years for such investment. “Buyers are more interested than ever, but some are taking longer to complete their purchases,” says Jay Xiao, general manager of the East-West Property brokerage in Shanghai, which specializes in buying American property. Chinese buyers have had to amend their strategies in light of the controls, buying fewer properties. The acquisition of foreign real estate is an abiding ambition for rich people in China Some have used property crowdfunding sites to pool their money with others in order to afford a large property. Such sites say they have experienced a spike in activity since capital controls began to bite. “We see many more people buying smaller properties in the US or cheaper properties such as in Thailand because of capital controls,” says the founder of an online property brokerage who declined to be named. “As long as a customer pays, how they got their money out is not our business.”

A survey by East-West Property found that a quarter of deal completions had been subject to delays. In 2017 it took, on average, more than six months to get from a first viewing to signing a contract, compared with three to six months in previous years.

The acquisition of foreign real estate is an abiding ambition for rich people in China, partly because they consider it a route out of the country and not just as an economic return. “It’s more annoying to move money out, but the vast majority feel it’s worth it to secure their kids’ health and education,” says Ms Xiao, who has worked with 1,000 buyers — many with vague hopes of emigration.

The country’s elite worry about pollution giving their children asthma, a stiff education system that their youngsters might not thrive in, and losing their rank within China’s ever-shifting social hierarchy. Emigrating, or being educated abroad, gives children a boost in status as well as access to societies seen as more stable.

Unlike the salaried middle class, the upper class mostly came by their wealth through one-off events, Ms Xiao says — a business deal, an initial public offering, or buying a house in the 1990s at the start of the property boom. “They’re worried that they can’t repeat it,” says Ms Xiao. “Nobody feels secure.” The case for investment is clear: “Chinese investors have few places to put their money,” said Henry Zhou, founder of Henry Group, which helps people invest and emigrate overseas.

The domestic housing market is less attractive after the introduction of restrictions to ward off a property bubble. Investors lost money in the stock market crash two years ago and the bond market is considered risky and under-regulated. That makes overseas property a release valve for a country with high savings rates and a long economic boom. “All this accumulated wealth keeps piling up,” says Joe Zhou, head of research for Asia-Pacific at the property adviser JLL. “It has to go somewhere.”

Where Are We on China Union Pay’s Anticipated Challenge to Visa and Mastercard?
November 20, 2017