Ghana’s largest mineworkers’ union plans protests and strikes throughout operations in the country if the government allows Gold Fields Ltd.’s local unit to dismiss more than 2,000 staff as it starts the process of hiring a contractor to operate its biggest mine in the West African nation.

Gold Fields (NYSE: GFI) is committing “acts of corporate greed aimed at amassing huge profits at the expense of Ghanaian mine workers,” Prince William Ankrah, general secretary of the 16 000-member Ghana Mine Workers Union, said in an interview Thursday in Accra, the capital. 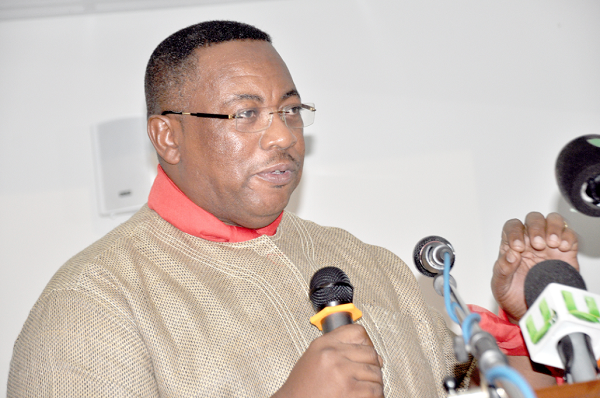 “We cannot allow this to happen, all the reasons given by Gold Fields are flawed,” he said. “We will send a delegation to protest at the company’s next annual general meeting to let all shareholders know how their management is cheating workers.”

People who answered calls to Gold Fields’s local office said no one was available to answer questions. Calls to the mobile phone of Alfred Baku, the company’s West Africa head, weren’t answered.

In December 2017, Gold Fields’ unit in Ghana announced plans to dismiss 1 500 of its own staff (now increased to 2,000) as the company was hiring a contractor to operate its biggest mine in the West African nation.

A contractor will take charge of the Tarkwa operations from early 2018 as the deposit’s remaining life span is too short to replace aging mine equipment, Gold Fields Ghana Vice President David Johnson said by phone on Tuesday. Tarkwa produces about 550 000 oz/y of gold and has about five to six years left for its current design, he said.

“When it’s contracted, the mining contractor already has their fleet so they will handle their fleet and maintain it,” said Johnson. “We acquired our current fleet in 2004.”

Gold Fields last year announced a $1.4-billion reinvestment plan for its Damang gold mine in Ghana that extended the operation to 2024. Ghana is the continent’s biggest gold producer after South Africa and accounted for a third of Gold Fields’ revenue in 2016. AngloGold Ashanti and Newmont Mining also operate in the country.

“Exploration and processing will continue at Tarkwa,” Johnson said. “When we find resources in commercial quantities we can extend the mine life. It’s very possible” that Gold Fields will again operate the asset in future, he said.