Since the start of the year, Nigerians have been served bloody reminders that Boko Haram is no longer the country’s biggest internal security threat.

States in Nigeria’s middle belt have been rocked by attacks from suspected Fulani herdsmen in a new wave of violence which primarily stems from disputes over grazing areas for cattle. Attacks in villages in Benue state since the start of January have left 73 people dead. With communities razed and buildings destroyed, the state emergency agency says 40,000 people have been displaced by the attacks.

In a somber event, the 73 victims of the killings were laid to rest in a mass burial sponsored by the state government yesterday (Jan. 11). Human rights group Amnesty International says the violence is “reaching a boiling point of total anarchy.”

In truth, the threat of violent herdsmen is not new: in 2016, pastoral conflicts accounted for more deaths in Nigeria than Boko Haram.

The escalation of pastoral conflicts in recent years have been triggered by the effects of climate change in Nigeria’s north with lower rainfall and increased desertification of grazing land forcing herdsmen to look farther south to farmlands in a region often described as Nigeria’s food basket. Farmers who are keen to protect their means of livelihood and their crops from being damaged by thousands of cattle have often clashed with herdsmen.

But the recent violence has been markedly brazen and seemingly unprovoked with villages and communities attacked and razed at night leading some to describe the attacks as a genocide. Similar attacks have been seen in Taraba and Adamawa states this month. Collins Uma, a Benue-based journalist shares similar sentiments. “No farmers clashed with herdsmen—they were attacked at night in their homes,” he tells Quartz. 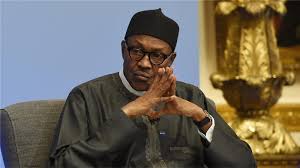 Cheta Nwanze, head of research at SBM Intelligence , an Africa-focused geopolitical analysis firm, agrees that recent attacks have been “certainly targeted” but “won’t go so far as to call it genocide just yet.”

The slow response of the Nigerian government has been criticized by civil society groups. As a consequence, in a new report, SBM Intelligence says “many communities believing that they are left with little choice than to resort to self-help.” In response to public backlash over recent killings, the presidency has ordered the country’s police chief to go to Benue and investigate the crisis but even that’s not seen as being enough.

A stronger move, Uma says, would be to deploy the might of the military as the government has done in response to other regional crises. “All we have heard have been platitudes and press releases being regurgitated but there has been no action,” he tells Quartz. “The general feeling is that the government is not ready to stop this.”

Read next: How vigilantes took over large swathes of Nigerian security as the police failed

How Much Is Zambia’s External Debt, Seriously?
April 9, 2018

Ghana Mortgages Sovereignty, Will Host US Military Base for $20m
March 24, 2018